Codorus Street The Village That Was…..

The homes on Codorus Street were taken by the Powers that be in a process called Eminent Domain…..where the people in charge can just Take your property for some contrived reason…..this also Broke up a very Nurturing & supportive Neighborhood of Families…….Here are a few photos of some of the homes on Codorus Street After the people were Kicked off the Street……by the way their supposed original intent was to build a 5 acre Park & Playland for the West End…..But they ended up giving almost Half of the site to the Dentsply Corporation for their use and then they put a Rinky Dink park there supposedly to honor Dr. Martin Luther King, Jr……..

Below are a few of the vacated homes on Codorus before they were all demolished: 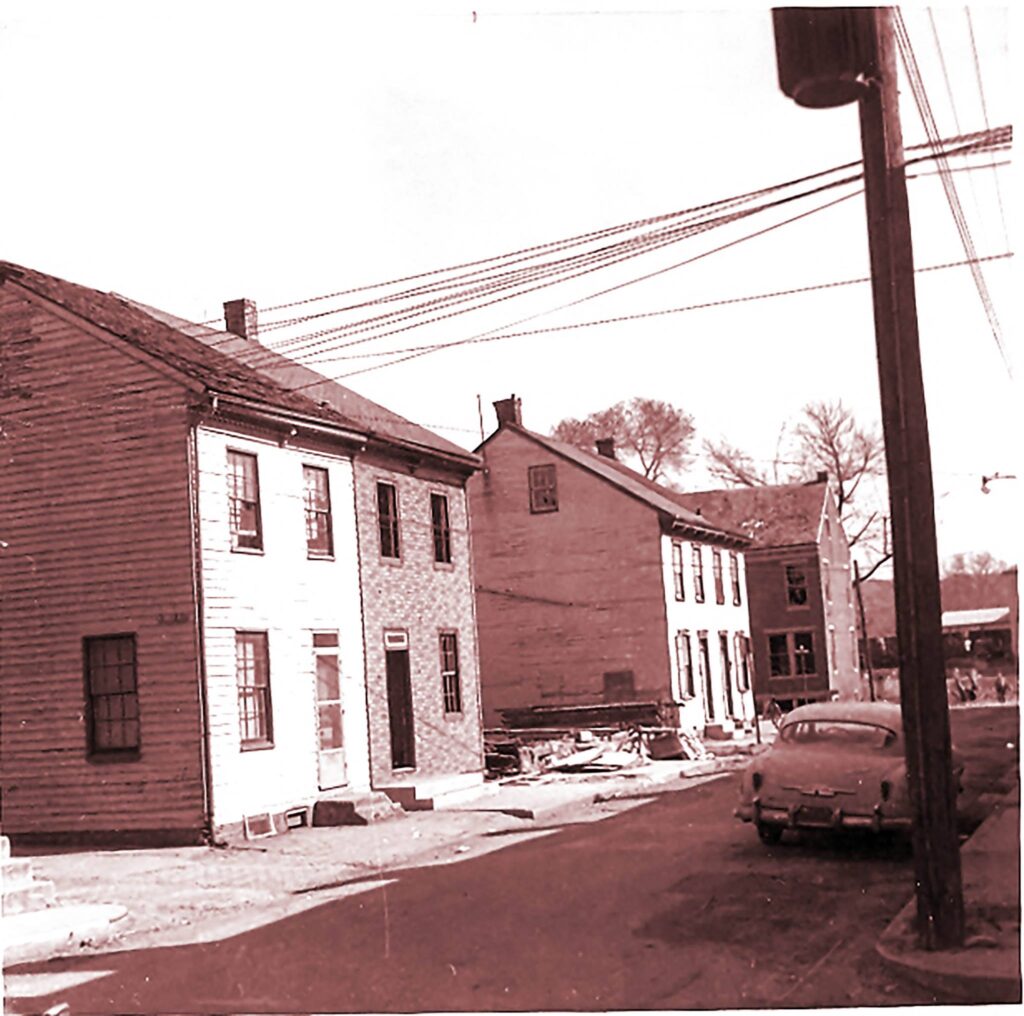 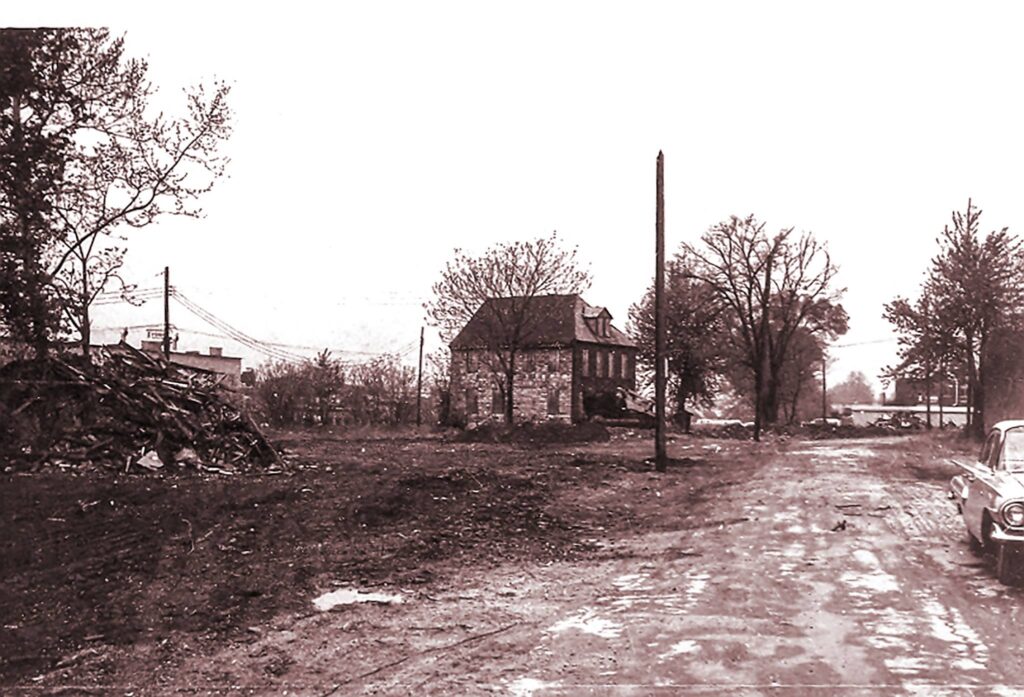 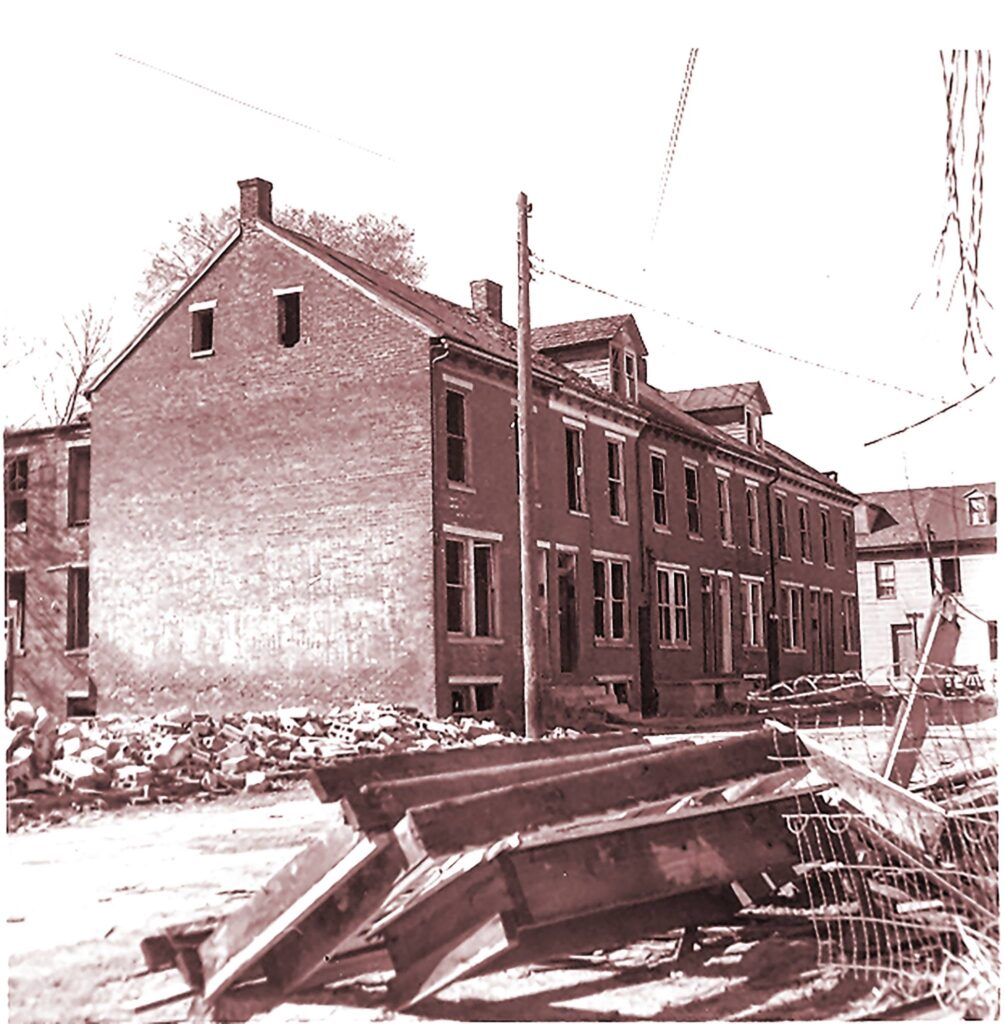 Codorus Street…..where it all started for me…. 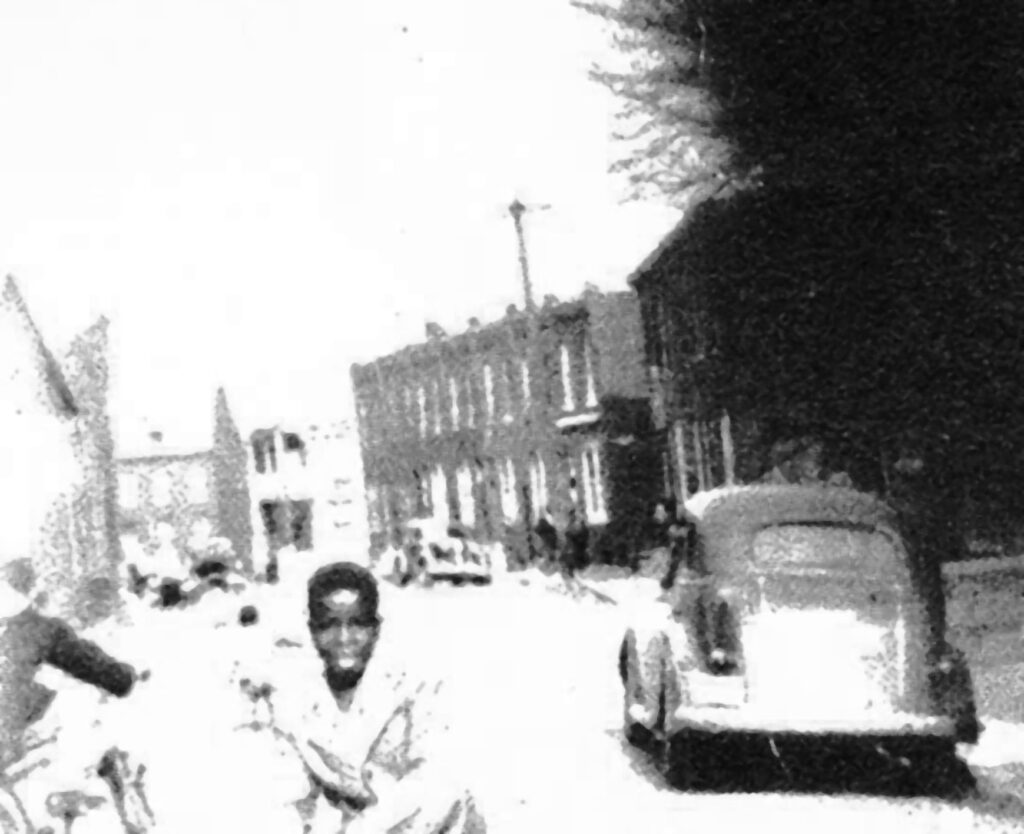 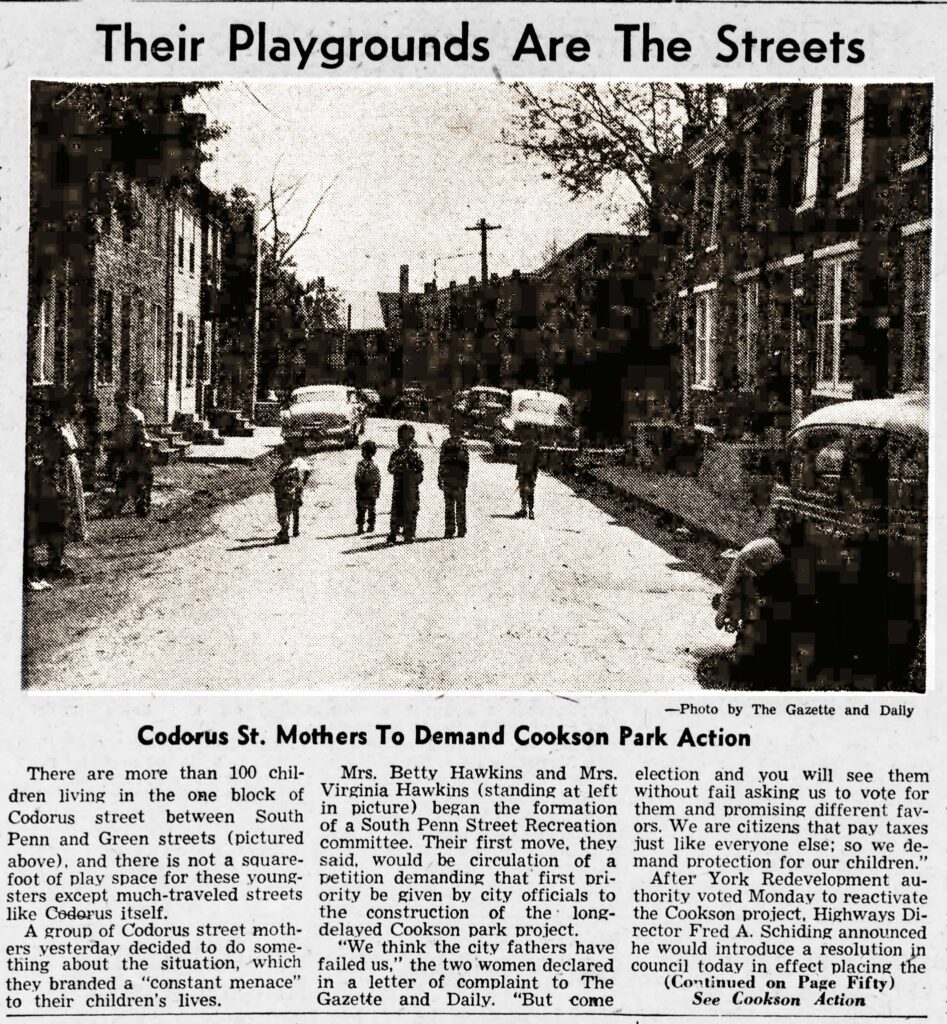 York’s old Codorus Street neighborhood: ‘I didn’t know one family that didn’t get along with another’

“The residents moved on from their former neighborhood,” a Heritage Trust program note states, “but the community still remains.”

The evening was, indeed, deep and wide in moments about the street with 73 addresses that ran from Penn Street on the east to Green Street on the west.

1. The street itself contributed to community – one long street with little traffic. It was a community where people met on steps, visited on the street and whose front doors were never locked. Diverse community members mingled. “We were talking about the village concept before Hillary Clinton made it famous,” Jeff Kirkland said.

2. Many black families moving from the Bamberg, S.C. , area came there as part of the migration north for jobs in the 1920s. So the homes along the street housed multiple families and generations, as people came north to live with relatives. Codorus Street families would pull open clothes drawers to provide beds for children to sleep. Families along the street were among the working poor but considered themselves well off in family life.

3. Codorus Street families, like black people elsewhere in York, often faced racial discrimination. For example, parents would accompany their children in York’s stores. The parents knew those parts of the stores and eateries where black people could and couldn’t go. The practice in York schools to segregate elementary children in Aquilla Howard and Smallwood schools before the mid-1950s but integrating York High School still puzzled panelists.

4. Food, or sometimes lack of it, was deep in the memories of Codorus Streeters. They talked about rice as a staple at many meals, as well as the regularity of chicken as the main dish. “I tell you they knew how to cook on Codorus Street,” Laughman said. For breakfast, coffee soup was served. What’s coffee soup, a member of the audience asked? It was wet toast. Put toast in a bowl and poor coffee over it was the answer.

5. The Codorus Streeters reflected on the big pastime of playing marbles, going to church, “Miss Rhodie’s” popular eatery and the interesting perception that those neighborhoods closer to the Codorus Creek were poorer than those relatively farther from the waterway. They recalled the nearby Cookes House, a 1760s stone structure tied to American Revolutionary pamphleteer Thomas Paine that contrasted with the brick and clapboard houses along the street. Treasure hunts in the floors and walls of the stone house brought no treasure, though.

6. When eminent domain came, families felt a sense of hopelessness and remembered tears. They could recall no negotiations. Jeff Kirkland was 10 when the order came down to move, and he remembers the rich neighborhood life. “That was sort of yanked away from you,” he said. Several panelists asked city and other government officials to think about the impact of eminent domain on tight-knit communities.

7. The families dispersed around the city, several moving to Kurtz Avenue. Former community members are still friends, still see each other at funerals and other gatherings. And, of course, the Codorus Streeters now are meeting annually in a reunion at MLK Jr. Park. In those reunions, each family “sets up” at the site where they think their home once stood as a reminder of those days when, according to Ken Laughman: “I didn’t know one family that didn’t get along with another.”

This one is for my Girl Terri Woodyard Ford…..a photo of the 1944 Codorus Street Baby Contest with my Aunt Brenda as the Fattest Baby, Myrtle Generette as the baby with the Curliest Hair, Jack Bridgette the Largest baby, Terri as the Smallest baby, Elmer Woodyard with the Largest Dimples, George Spells and Oscar Hudson with the Largest Eyes & Phyllis Bridgette with the longest Hair………Wow……. 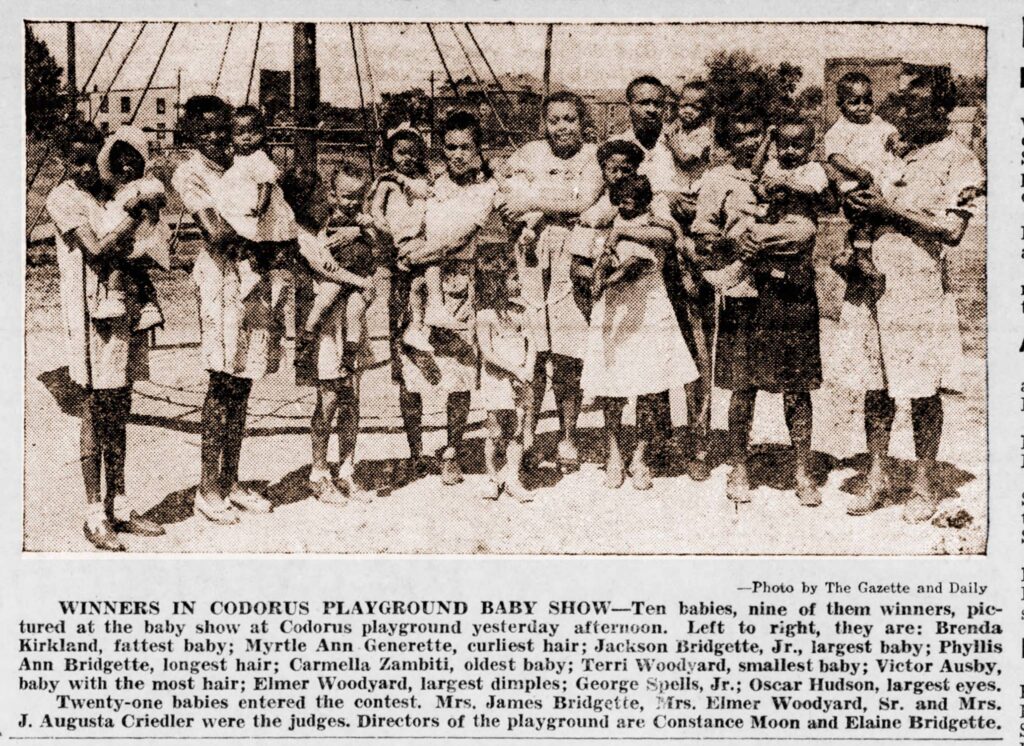 Has anyone ever heard of Mushball…..well here is a photo of the 1944 Codorus playground Mushball Champions with some very Familiar names…..James Woodyard, Hal Brown, John Webb, David Ritter, Sanford Liggens, John McDaniels, Robert Preston and several others….. 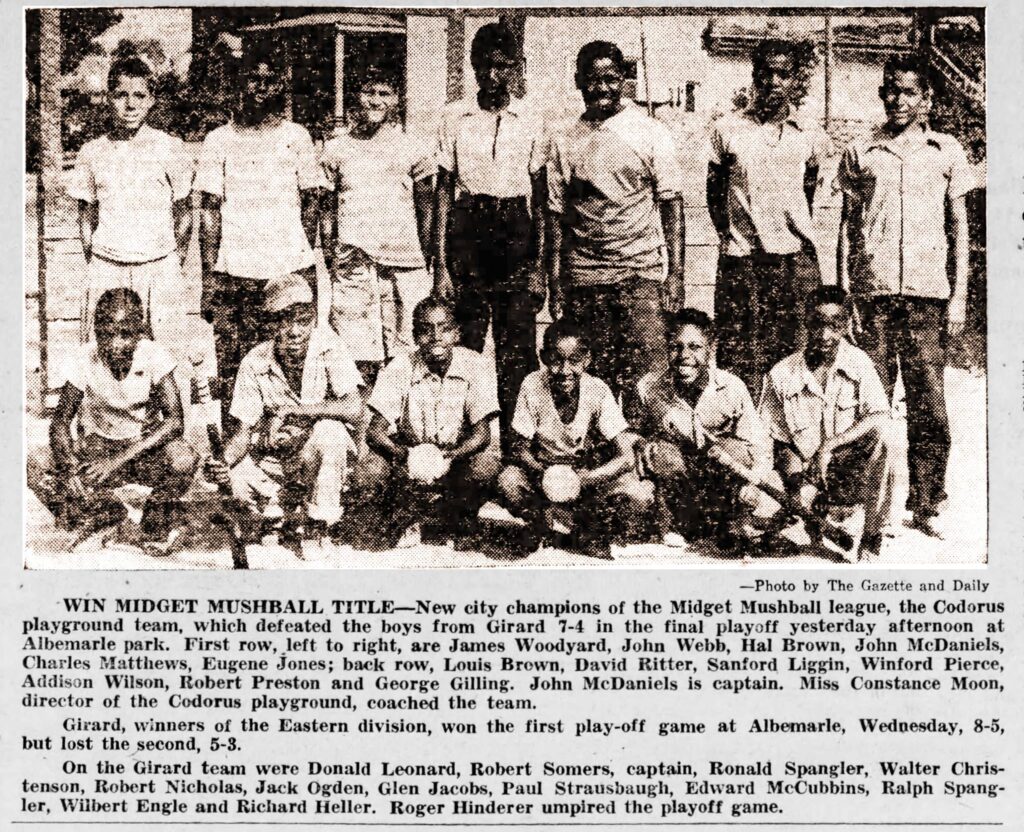 Back when we were kids on Codorus Street we played games like Marbles…….I know you youngsters are saying Whaat….Marbles…….Yes Marbles in fact our friend Major Gilbert became the Pennsylvania State Marble Champion at age 11……here’s a photo and article about Major as he prepared for the National Marble Tournament in 1959….. 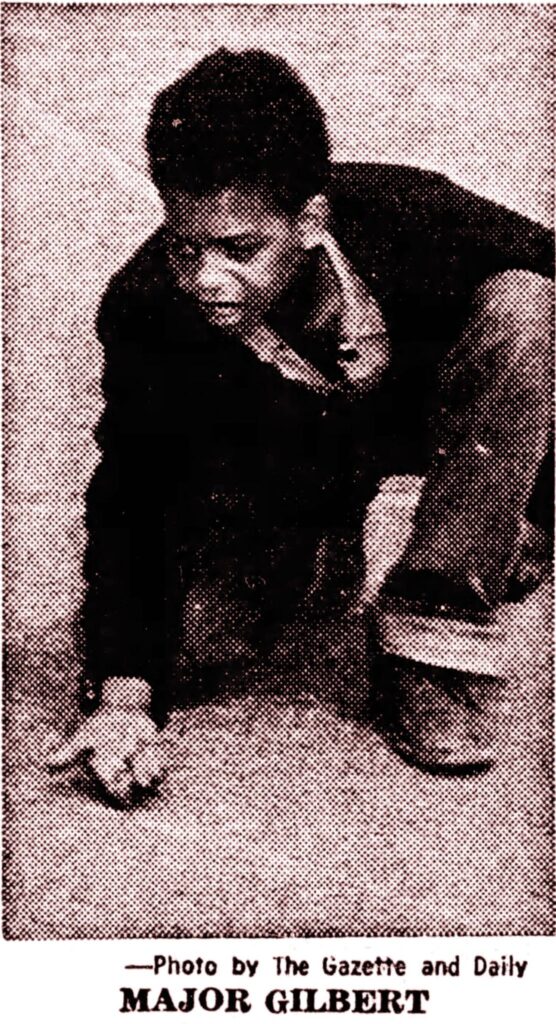 One of York’s Great Black Artist was Raymond Hughes. He painted numerous murals on the walls of downtown business such as Sol Kesslers and the York Bank & Trust buildings. Here Ray teaches Codorus Street kids how to paint. 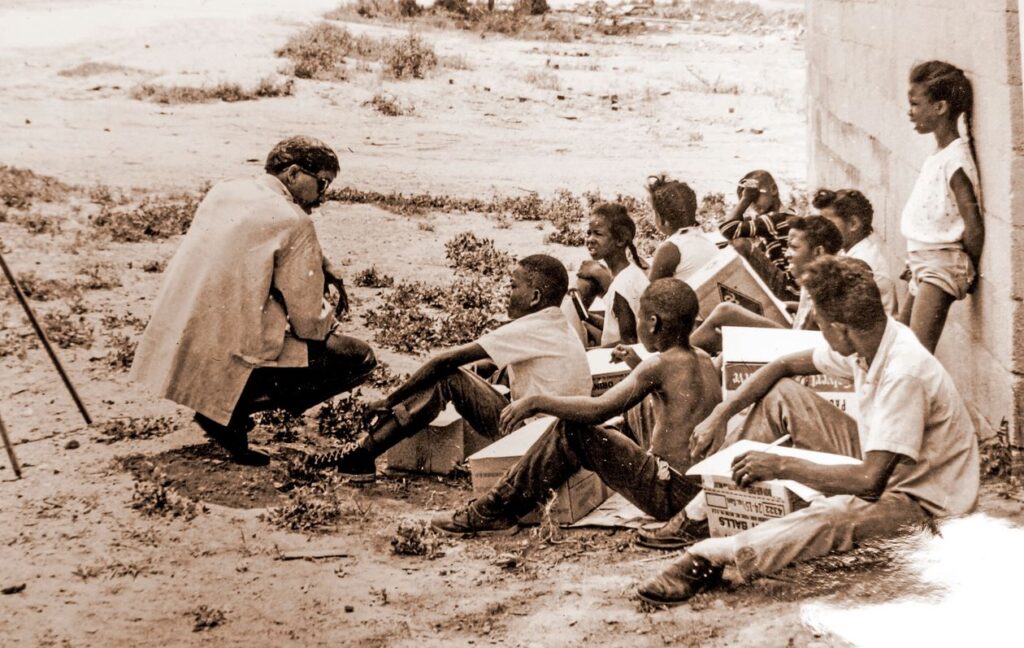 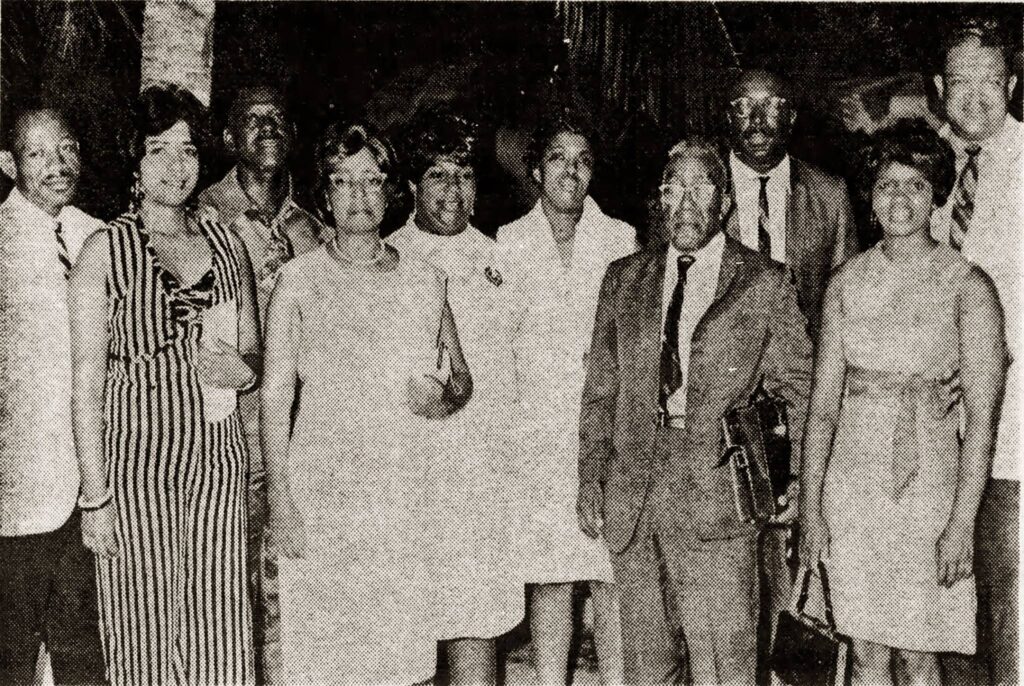 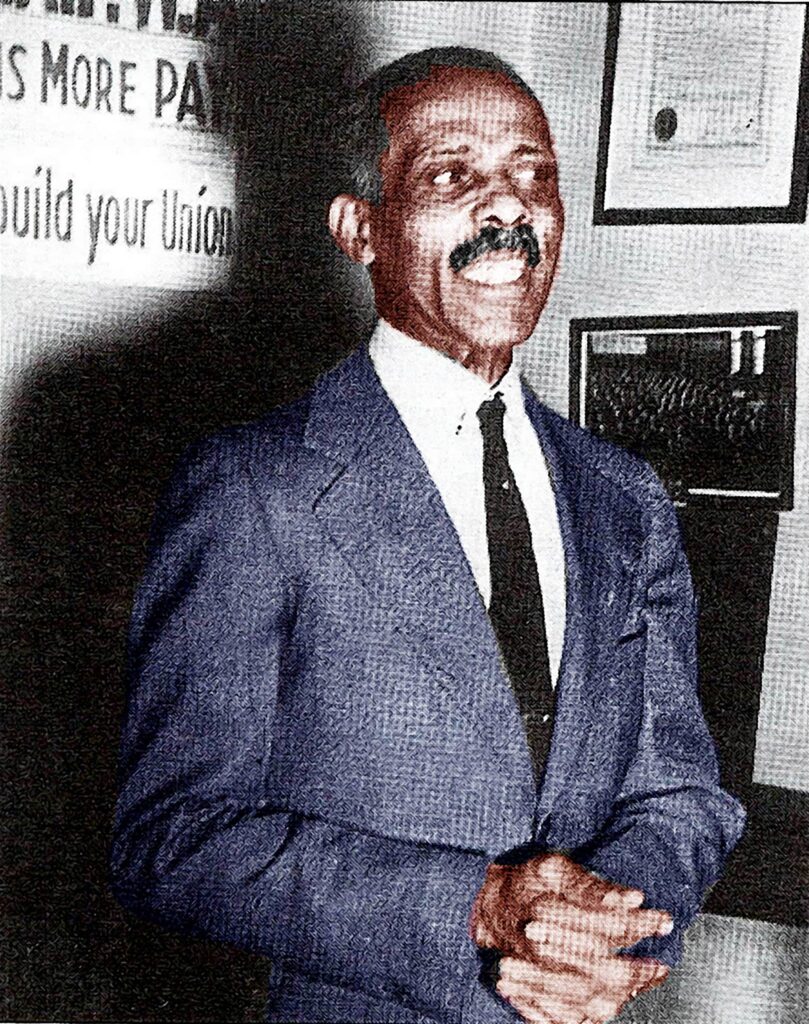 Another senseless killing on the streets of the REAL York City (Not the “Green Zone”) and it seems as if no one understands what is going on or how to address it. Well this dire situation has been in the making for several decades as hundreds of millions of dollars were being spent on brick and mortar projects to shore up the downtown “Green Zone”, while the neighborhoods and their human inhabitants are left to survive on whatever “trickles down” from those projects. Now don’t shoot the messenger here because social scientist David Rusk sounded the alarm over 20 years ago as to what would happen if we did not take deliberative actions to rectify the inequities which were part of the system being designed and maintained here. Well take your heads out of the sand because wake-up time is here. More on the deteriorating social situation later, but as of now I would like to share with you some Historical insight from one of York’s early Black leaders.
I have not been doing a lot of writing on the situation we find ourselves in here in York for a variety of reasons. But as I sit here watching our city spiraling out of control, I would be remiss if I did not add another perspective or further insight into rectifying our malaise. Even at a time when it seems like the “Big Trees” of this community want to continue shutting out the sun from many of our small voices, there is a legitimate rationale for speaking out and up. This will be the first of several critiques I will put forth in the coming weeks. With the upcoming 50 year observance of the 1968 and 69 civil disorders that rack this community right around the corner, understanding the change or lack of change that have happened here makes it even more important that the “Tale of Two Cities” is a story that Must be told in its entirety.

As I was doing research on some of York’s past Black Leadership I came across another powerful and timely letter from a man I am quickly becoming aware of as one of Our most Brilliant and Courageous Black Leaders. During a time when York’s Black community was in need of leadership and direction this Man stood up with courage and integrity as a fearless advocate for the Uplift of the Black community. Rev. Thomas Montouth was a scholar and used his intellect to exhort our community to strive for excellence in all that we endeavored.
We could learn a lot from these early years of York’s history. If ever the Black community was undergoing a renaissance it was during those years, the late 30’s, 40’s and 50’s, when many of our social and civic organization were being developing and had a focus on community uplift. Work ethic and education were values that were stress in our community
Rev. Montouth along with Dr. George Bowles, a local Black Physician, and others, became one of the founders of the Community House, a precursor to the Crispus Attucks Association, he was a founding member of the Crispus Attucks Association, the Lincoln University Alumni Club and the Powerful Citizens Political Club. He was a prolific writer and a fearless advocate for justice and would publish letters in the local newspapers on many topics related to the uplift of the Black man in York, Pa. In 1932 his letter entitled “The Dawn of a New Day” called for the Negro elite of the community to come together to identify and resolve the major problems facing the Negro here.
In this 1936 letter 30 years before Dr. Martin Luther King, Rev. Montouth set out directions for the Black community on how to take advantage of the political system in our community. In his letter called, “Warning to the Negro Voter”, Rev. Montouth encouraged us to, “not be carried away by artificial, pumped up enthusiasm, but to demand from candidates for office unequivocal pledges on matters of importance to the Black community”. In the letter Montouth went on to say “Specious appeals to catch phrases and emotional issues should be ignored. If the Negro is to get any benefit from the opportunity which elections afford, we must be realist and not let ourselves be led astray by meaningless party labels or flamboyant oratory”. (After all, in matters related to Blacks in America, the two political parties have acted as two different wings of the same Bird).
Finally Montouth goes on to say, “Let the candidates know that while we Expect Black to be given jobs just like the representatives of other groups, the masses Will Not be satisfied with a few Token berths for politically connected wheel horses. We instead should be more interested in other important issues facing us such as equal opportunity to jobs at equal pay, the abolishment of discrimination, quality education and the establishment of a more just social and economic order for ALL Yorkers.
Rev. Montouth was a small diminutive Man, but a Giant in the History of York’s Black community. One of the benefits of knowing our History is understanding the tactics and strategies that work and not falling victim to the merry-go-round of useless pandering to manipulative and unscrupulous politicians.
As we approach the Dawn of a new political season it would do us well to remember the exhortations of those who came before us…..Life lessons are Lessons for Life…..if we LEARN them.