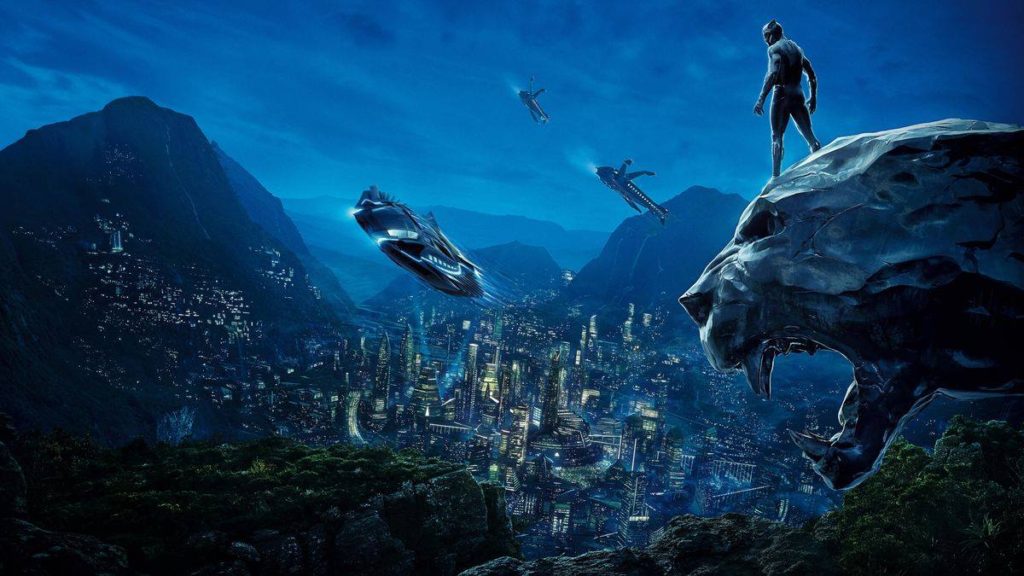 To me the movie The Black Panther was a game changing, seminal event. By this I mean the movie gave Black folk and others a glimpse of what a world could look like when Spiritual righteousness and not Capitalistic consumerism is the driving force in our society. It showed that even though it was based on a Mythical version of History, those of us who are aware of our True history know that African civilization was Far more advanced than any other Greek, Roman or Western civilizations that came afterward. Not boasting or putting others down, just stating Facts. We may not have had flying automobiles and other things but in the area of Science, Technology, Education, Medicine and other areas important to community growth, African culture was far more advanced. And its very simple what happened. We as Blacks have been cut off from our True Spiritual connectedness to each other and to God. I say this to say that the event I went to last night was reminiscence of the Spiritual energy that drove millions of us to go see the Movie in unprecedented numbers.

We as people are here on this earth for a fleeting moment but the spiritual energy we bring to our community is felt forever. Our Energy moves like a shooting Star through our community. And sometimes we don’t even realize the Impact we are making on individuals and our collective group. Oftentimes the True Heroes of our community are not recognized by the powers to be for the impact they have on our community. Mr. William Sexton and his Lovely Wife Dorothy who were honored for their 60th Wedding Anniversary, are two of those people. They have built a Legacy that not only inspires and motivates their own Family to aspire to Greatness, but they also serve as community Icons who spread love and uplift to All.

They are both Spiritual people, longtime Pillars of their church community. Mr. Sexton epitomizes the meaning of Fatherhood on this Fathers Day. He has worked TWO jobs for over twenty years to provide for and nurture his Family. Judging by the comments last evening his wife and Family Matriarch Dorothy spreads the Love, Discipline and High Expectations strong Black Women have been known for. Together they have presented an example and a vision of their own Personal Wakanda for the world to see and for us to Emulate. People say you can tell a lot about a person by the Fruits of their labor and the Strength, Talent and Respectfulness of the Sexton Clan is a true testament to their labors. You can tell a child who was raised up connected to these two fine people.

The Black Panther was about our Spiritual connectedness. To me it was not just a Movie but a State of Mind. I salute these two Wonderful people and as a Historian I know History will speak well of their Legacy. Our community has been truly fortunate to have crossed paths with these two Giants of our History and Culture. Happy Fathers Day Mr. Sexton and May God continue to Bless you and our community…..