A 1966 photo of Eva Dianne Whidbee receiving a scholarship check from members of a newly formed group Youth Bound for College. In the photo with Ms, Whidbee is her Mother along with three members of the Newly formed group; Maurice Peters, Jim Colston and Ocania Chalk. These three men were Giants in the development of York’s Black History.

Mr. Maurice Peters took the lead in addressing much of the discrimination and racism which existed in York at the time. He was the Father of Maurice Peters Jr. who went on to become a National spokesman for the Nation of Islam as Dr. Alim Abdul Muhammad, Mr. Peters also was the lead protagonist in the effort to end discrimination at the Boys Club Pool in those days. For you who do not remember, the pool was closed for many years by the city because they did not want to admit Blacks and were ordered to do so by the Federal Government. 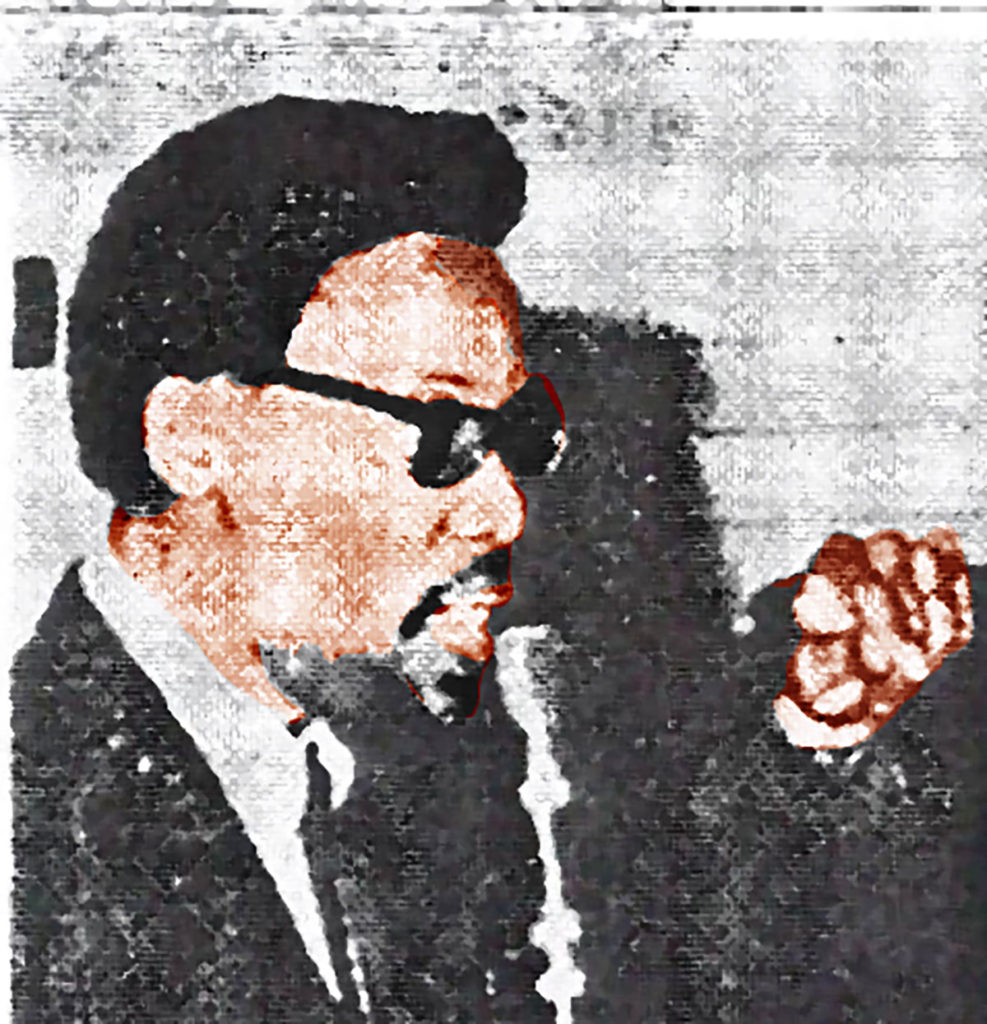 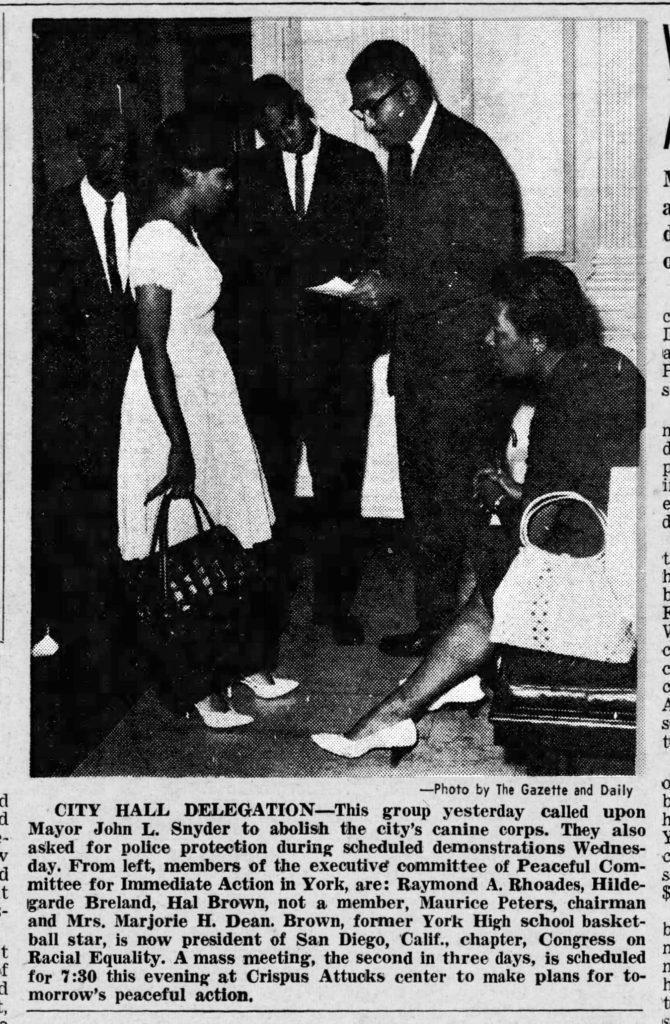 Mr. Jim Colston was a leader and inspiration to many of us young Black Males growing up in York at the time.Mr. Colston showed us we could be anything we put or minds to and worked hard for. He was at one time or another an insurance salesman, a milk man, a business owner, a government worker and held several other industrious positions.

Mr. Ocania Chalk became one of our most outspoken leaders of the time. He won a landmark decision against the York County Board of Assistance for discrimination. The Board of Assistance had fired Mr.Chalk from his position as caseworker because he was an out spoken proponent of Black Power and would often speak out on that topic around the community. After he was fired he took the agency to court and won a decision, won his job back and really rocked the boat at that time. I will be writing a lot more about these Black men in upcoming post.

Chalk described the purpose of the organization as one of “excavating untapped resources from York’s ghetto areas”. “We not only provide financial aid and information but we also give moral support and encouragement to the youth of thiss community”. Other charter members of Youth Bound for College were; local undertaker Russell Chapman, Raymond Crenshaw, Theodore “Teddy” Holmes, Bruce Martin Jr., Timothy Warfield, District Attorney John Rauhauser Jr., and Alex Woodard.