Another long one but another piece of our Glorious History. This part is about the Brotherly Love Lodge #228 and its move to West Maple Street from West Princess Street……..

After being located for 42 years at 109 West Princess Street, the Brothers of the Brotherly Love Lodge #228 Improved Benevolent and Protective Order of the Elks of the World came together to purchase a plot of land at 335 West Maple Street on which to construct a New Lodge. The Brothers were actually forced to move from their West Princess enclave due to the properties on West Princess Street, which was a mostly Black neighborhood, being designated as an Urban Renewal area. This was a common practice in those days to undermine and destabilize Black Neighborhoods. As in other so-called Urban Renewal areas the space eventually became a parking lot.

The Brothers retained attorney John R. Gailey to guide them through what would become a difficult and contentious process. The deed to the property, which was formerly owned by Mr. & Mrs. George A. Jacobs, had a racial restriction which stated that the property could not be sold to anyone who had even a drop of Negro blood in them. This was a common practice in many areas of the North at the time and contributed to the concentration of Negroes in specific areas of the community. To get around this Attorney Gailey had his secretary, a white woman, buy the property and then had the Elk Brothers purchase it from her. It worked like a charm. But the battle had only just begun. 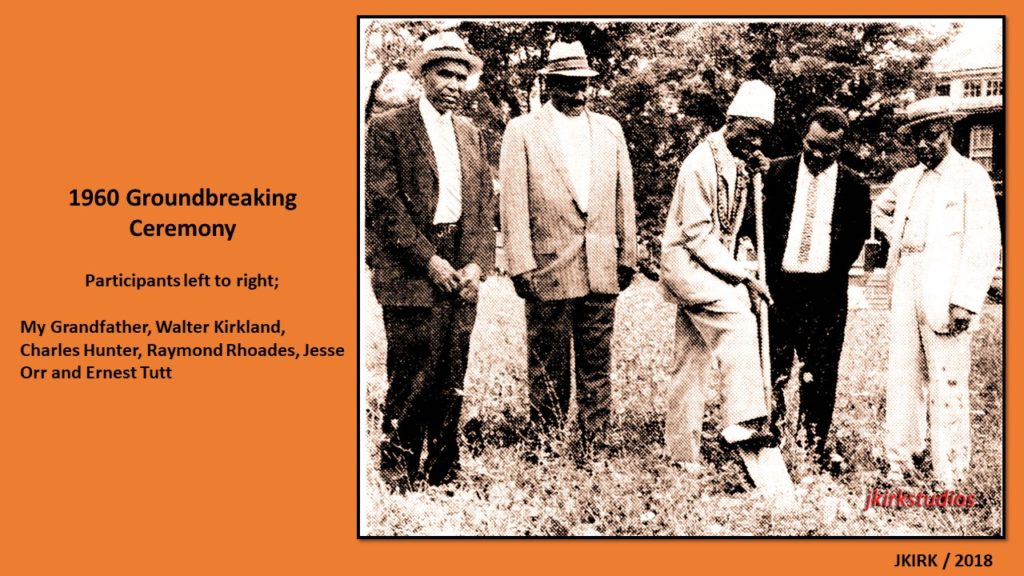 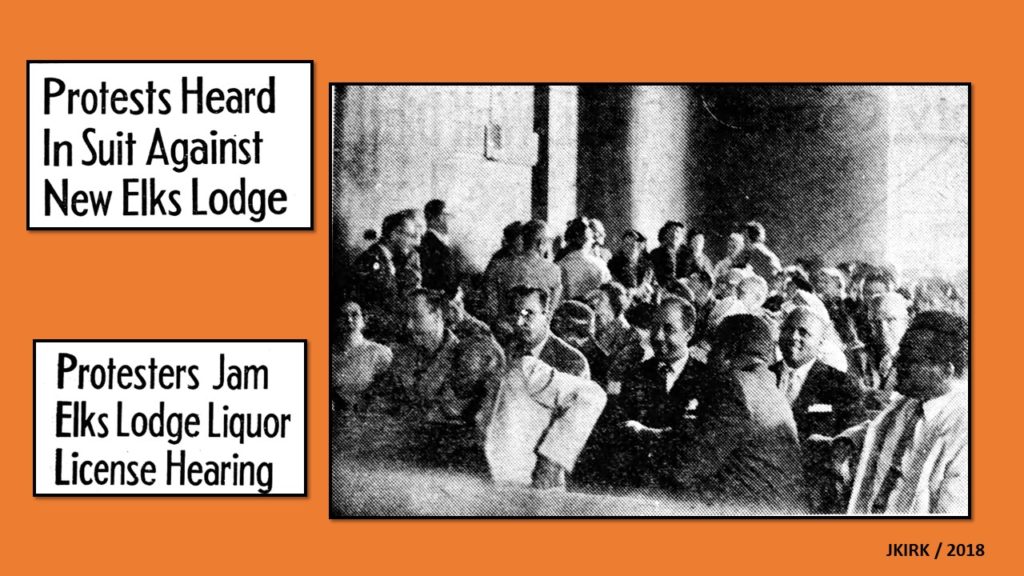 The neighbors were very wary of a Black Club moving into what at that time was a mostly white neighborhood, so they protested in any manner they could. Despite neighbor attempts to block it the Brothers obtained a building permit for $35,000.00 and retained Architect Robert G. McAlarney to design a one story brick structure for the location. The neighbors did not give up there. They rally their supporters to oppose the transfer of the Lodges liquor license from their Princess Street location to the New West Maple Street location. More than three busloads of York homeowners and neighbors jammed a Liquor Control Board hearing room on Friday December 2, 1960 in an effort to block the transfer of a retail liquor license to the new Elks building under construction. Over 110 protestors and ninety-one signatories went on record opposing the club request.

Attorney Gailey first called The Lodges Grand Exalted Ruler, Raymond A. Rhoades, to the stand. Rhoades testified that more than 60 spaces for parking would be provided for their patrons. Rhoades rebutted testimony by protestor Joseph Borsellino, that the Elks had a “bad” reputation from West Princess Street. Asked by Gailey whether the fact that the club was a Negro club have any bearing on his objections, Borsellino said no. Rhoades said the Elks club had never called the police for a disturbance. “We operated our club the way it ought to be operated”, said Rhoades. Gailey bought out in Rhoades testimony that the area where the club was located was “the social and recreational center of the Negro community”.
Joe Bendel, executive director of the York Redevelopment Authority, testified that the Elks members were good citizens and that the old club had to be demolished for redevelopment. He stated that the new site would be adequate for the club’s purpose. Other protesters complained of lack of parking and other nuisance objections but eventually on February 18, 1961 the application was granted. The approval raised a storm of protest from the neighbors. But Liquor Control Board Secretary Frank J. Shea who presented the decision said, “Conjecture, fear and supposition cannot be permitted to sway board thinking where sound discretion must be exercised”. He added that the Elks had held a license for more than ten years and had never been cited for a violation. “It would be manifestly unjust to presuppose that a change in location would bring about a corresponding change in conduct. Fairness can dictate that only past good conduct will continue”.

There is so much more to the Elks story. The rise and fall of this Historic organization is a bittersweet part of our Glorious History and this, like other Historical events from our past is a story I will expand upon as I complete my book. Stay tuned.