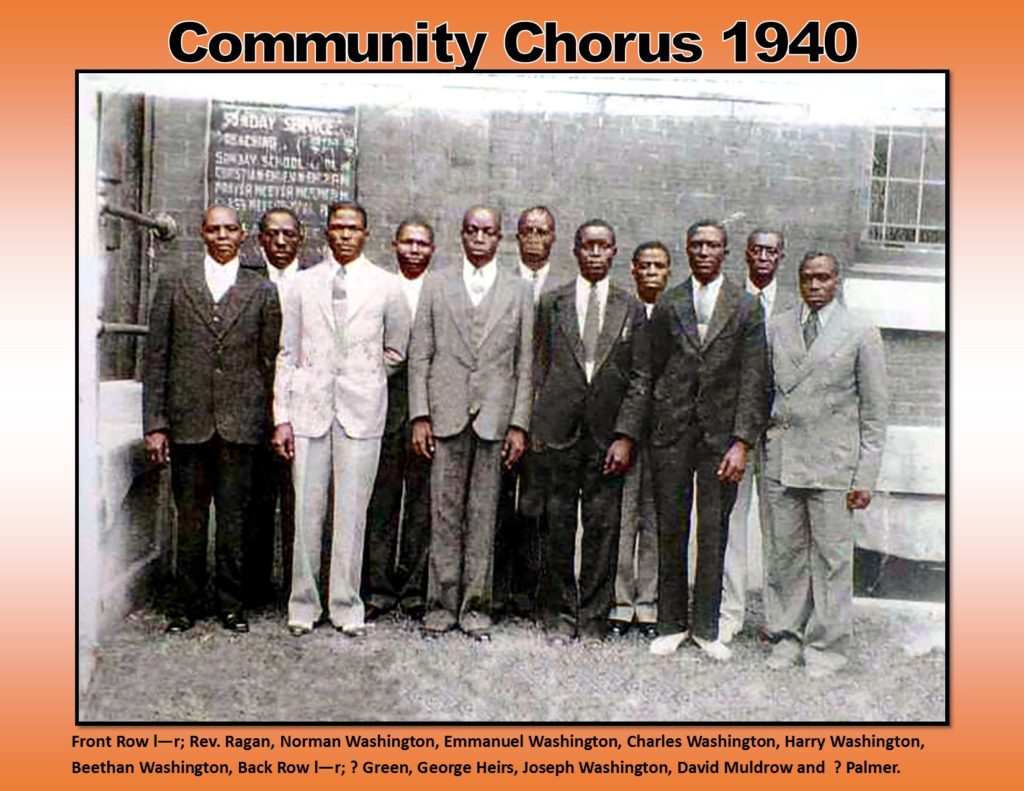 The Chorus became a featured attraction at many community events. In 1948 at a meeting of the York City Council the Chorus sang a rousing rendition of a song entitled “Jim Crow Must Go” in response to the closing of the community swimming pool at Farquhar Park. Rather than admitting Negroes the pool had been closed by the city for almost 3 years. 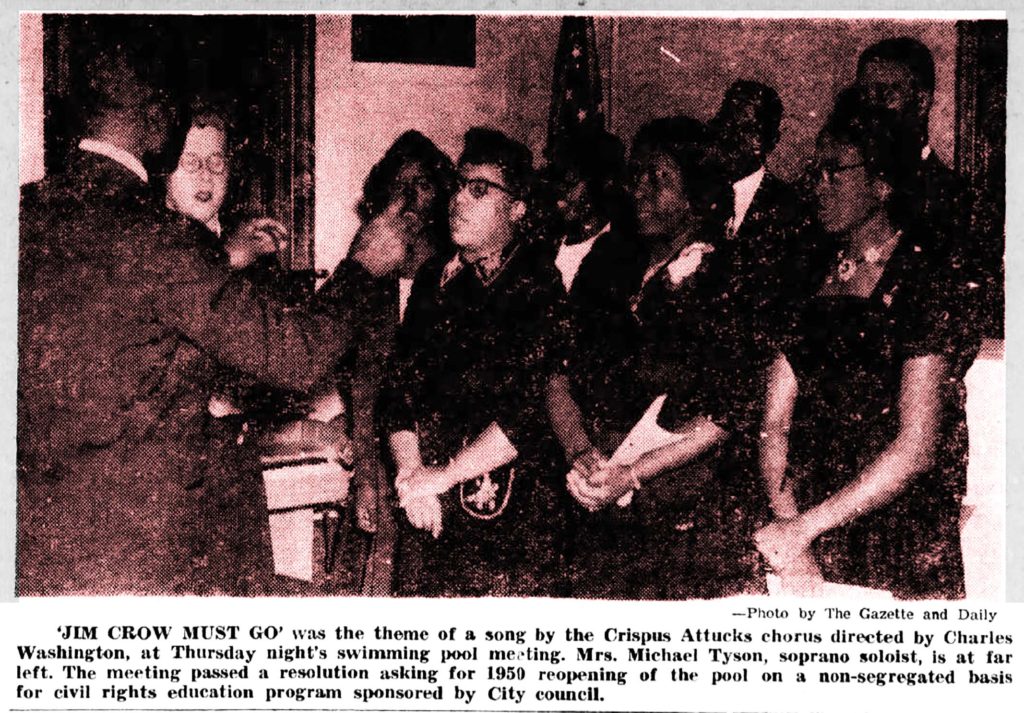 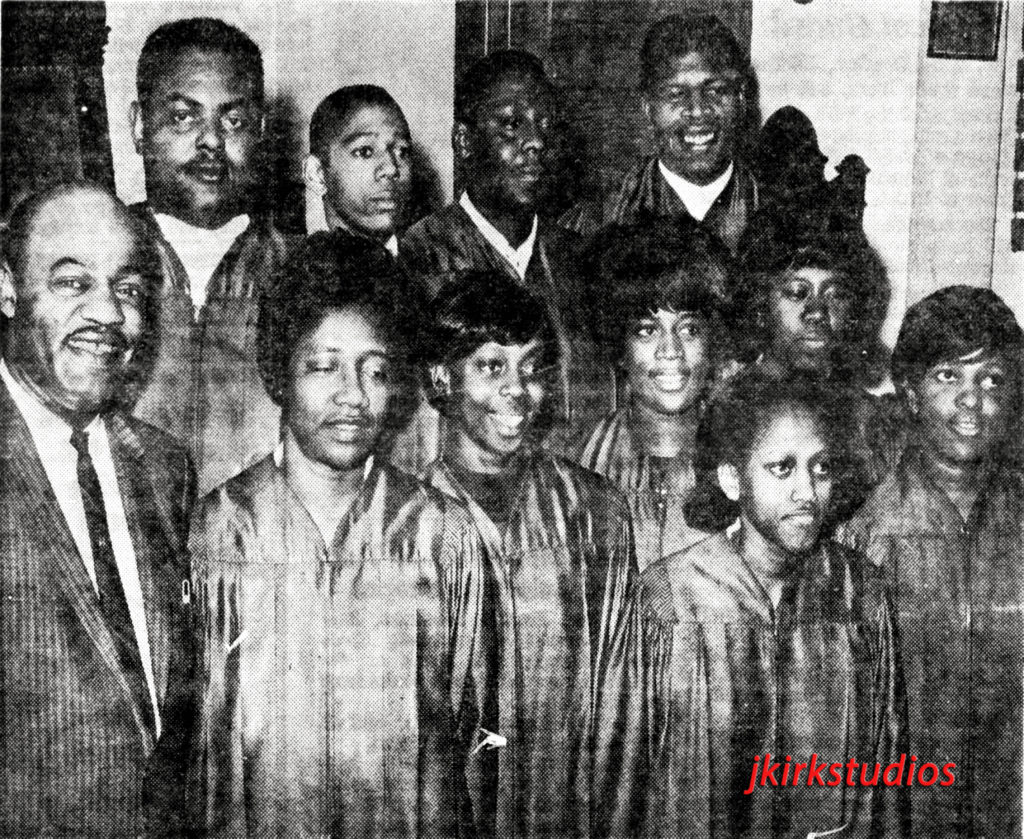 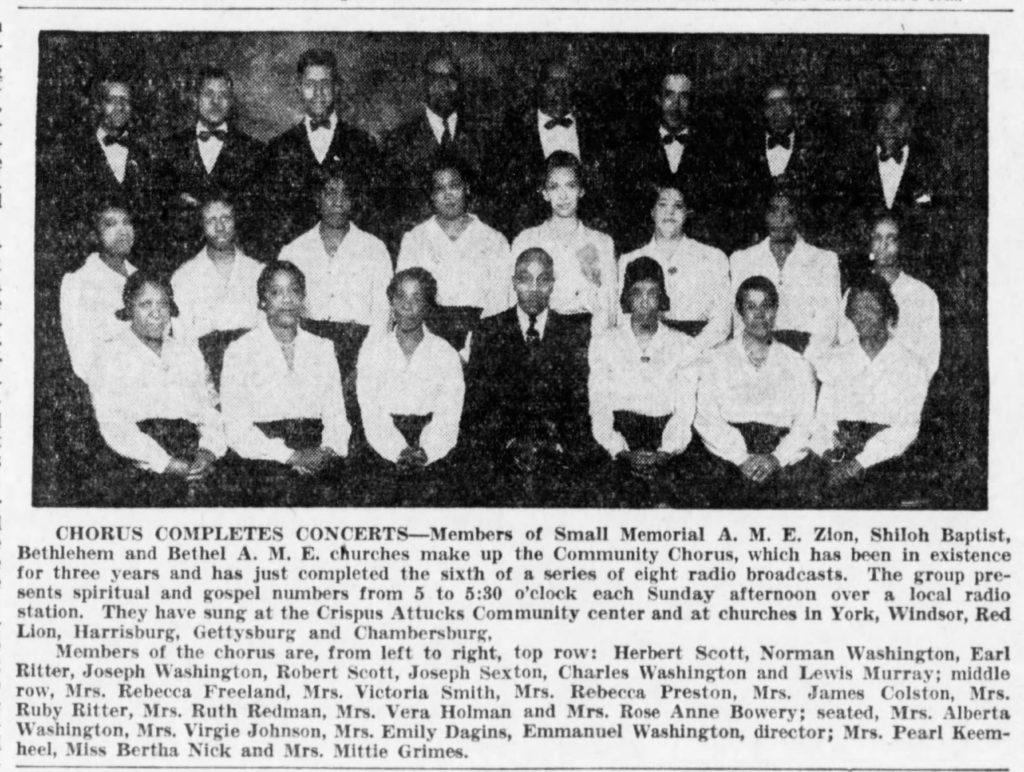 Mr. Charles Washington, was born in Bamberg South Carolina the son of a Music teacher. His family was closely associated with music while in the South. After coming to York, Pa. he studied music under the late professor Dennis. He became a member of Zion A.M.E. Church where he joined the choir, Zion’s Quartet and the Gospel Male Choir. In later years he joined Bethlehem Baptist Church. He became director of the Community Chorus after his Brother Emmanuel, the previous director and a founder had died. 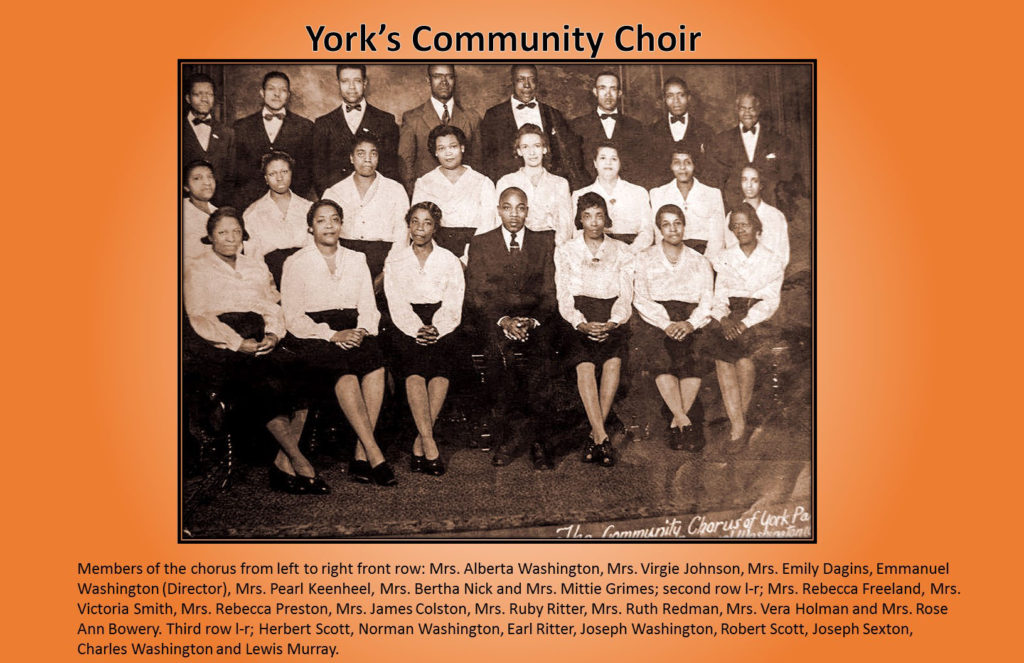 The Chorus became the first Black Chorus to appear Live on WSBA Radio on Sunday afternoons in the mid-forties. Mr. Washington became director and manager of the famous Jewel-tones Gospel Singers, a group of dedicated persons who came from various churches in York. The Jewel-tones traveled over many parts of the East coast appearing on Radio & Television programs. Through his work with various singing groups throughout York Mr. Washington taught many people to sing and play instruments even though they had no musical background. He was married to the lovely Alberta Washington and they had six children……Mr. Charles Washington another of York City’s African American Icons.