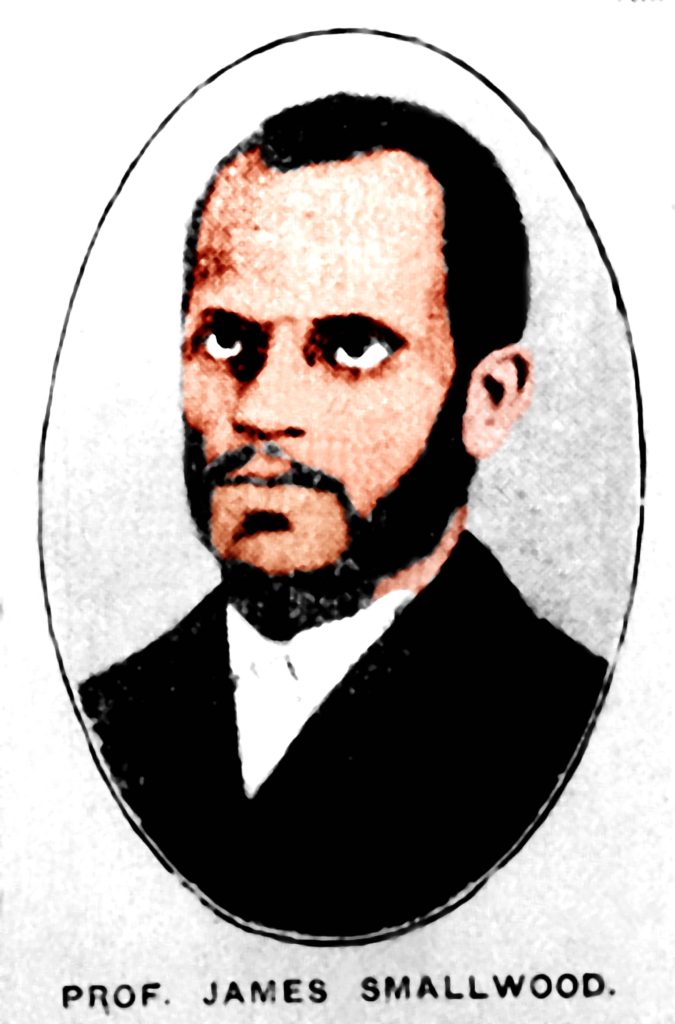 Mr. Smallwood was ahead of his time. Even before W.E.B. Dubois used the term “talented tenth” to describe the likelihood of one in 10 black men becoming leaders of their race in the world, through methods such as continuing their education, writing books, or becoming directly involved in social change, men like Smallwood, Aquilla Howard, Merriman Cupit and William Goodridge were stepping forth taking responsibility for uplifting their race and community. Smallwood felt, as did Dubois that blacks needed a classical education to be able to reach their full potential. They said that “we shall make manhood the object of the work of our schools — intelligence, broad sympathy, knowledge of the world that was and is, and of the relation of men to it” — this is the curriculum that Higher Education must pursue. On this foundation we may build bread winning men, with skill of hand and quickness of brain, with never a fear that the child or man will mistake the means of living for the object of life. Who knows where our dysfunctional schools would be today if we had followed their lead…….Brothers and sisters it is Not too late……..We just have to ‘Seize the Time’ as Black Panther Bobby Seale titled one of his early books. Here’s to James Smallwood, another of York’s true Legends……

Old photo of the inside of a classroom at the Segregated Smallwod school on South Pershing Avenue……Smallwood was one of the two segregated schools in York before the 1954 desegregation of schools as a result of the Brown vs the Board of Education of Topeka Kansas suit……The principal of the school Mr. Hopewell can be seen standing in the rear………Sitting in the very front with glasses is Louise Dancy, sister of Mrs. Kathleen Dancy Garvins. 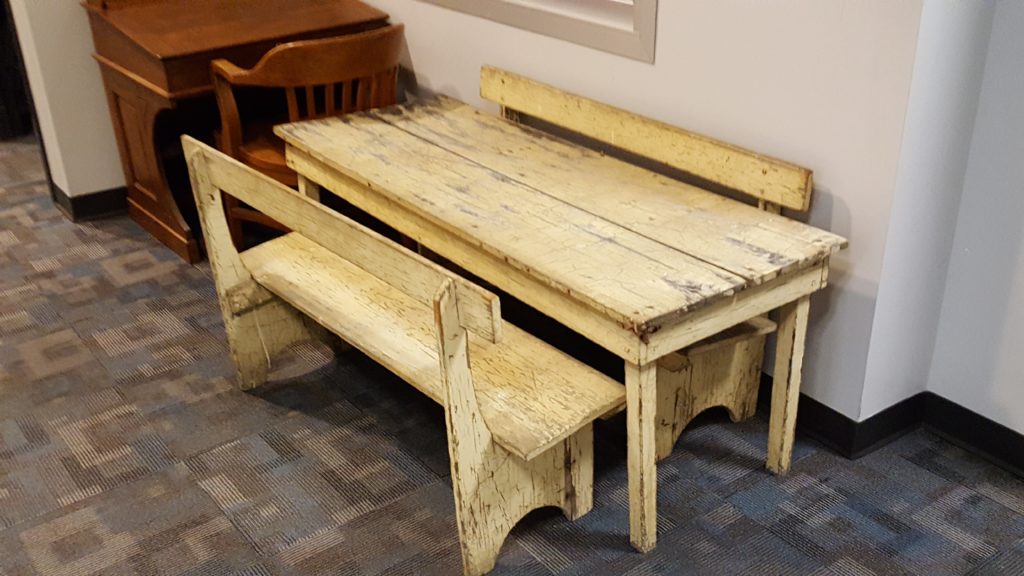 An old desk saved from the Smallwood School before it closed in 1955. This desk was in the possession of Mrs Mary Beatty a York City School District teacher who taught at Smallwood during it’s last year of operation in 1954. She was subsequently transferred to McKinley Elementary School where she taught for almost 30 years. Mrs. Beatty donated the desk back to the School District in 2016. It now sits in the hallway of the School District administration on North Pershing Avenue, 3 blocks away from where it was originally utilized for the education of York’s Black students.